Before we proceed we should have basic idea about flat files what they , how they are organised and how they are parsed .

So, what is a flatfile , A simple text file having data in text format(non formatted text) is called flatfile , flatfiles are used since the advent of computers in business and still they are used widely .

Flatfiles use the same concept used in excel and database i.e record, fields and composites .
Record :- A complete row of fields and composite is called a record.
Field:- We can call it a column describing the data.
Composite:- If a field is composed of many subfield , then that field is called composite , example can be address it can be made up of subfield like street,house number,pincode and etc.

How many different types of flatfiles are there?

Flatfiles can be broadly classified into three different types based on the type of their record parsing methods , these three types are :-

Again Flatfiles can be divided into two different types based on the type of field extractors , these are :-
1)Fixed length
2)Nth field

In Fixed length extractor type each field is defined by its starting index and end index , in this case the length of the field will be consatnt for every record.

Delimited FlatFile :- In these kind of FlatFiles , the records are separated by some kind of delimiters such as newline,pipe(|),tab etc. The field extractor can be any of the two i.e fixed length or Nth field extractor. For Example :-


Fixed Length:-In these kind of flatfiles , the length of the record is specified and it acts as the record delimiter , so after a particular size next record will begin , here also any of the two extractor types can be used. For Example :-

Variable length:- In these kind of flatfiles , each record is preceded by two bytes which indicate the size of the record which acts as the record delimiter, here also any of the two field extractor can be used. For example see the picture below :- 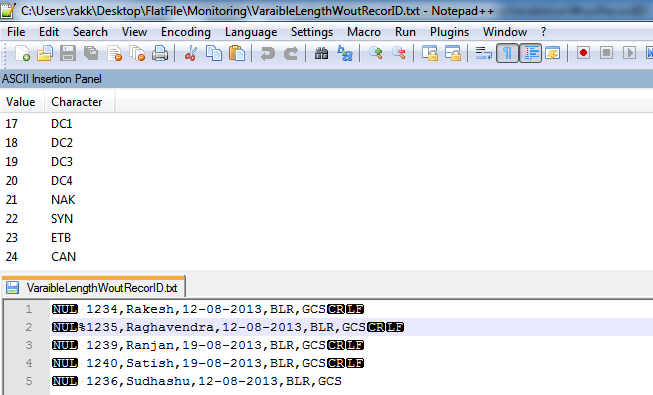 I will discuss about all these above four points in my next blog , right now let us concentrate on after we get these files , how do we parse these files what are required ?

In order to parse the flat files we will be using the public service provided by webMethods which is available in the package "WmFlatFile" . The most used of them are as follows :-

Now we will proceed to the parsing of the flat files in webMethods , firstly we will have a look on how flat files are parsed and converted into IS Documents.

1. pub.flatFile:convertToValues :- This service converts flatfile data into IS document , the required inputs for this service is ffData(which is of Object type , it can take anything such as String,InputStream or Byte array) and ffSchema (fully qualified path of the flat file schema that you have created).

The output of this service is ffValues(IData)(It is the document that has been formed from your flat file , you can map it to your corresponding document type created for your flat file schema).
isValid(String) :- gives true/false accordingly if the flat file data is able to parsed successfully or unsuccessfully.
errors(IData Array) :- gets populated only when isValid is false
ffIterator(Object):- It is like a cursor which points to which all data has been parsed , populated when the iterate input parameter is kept true . It is generally used when we are dealing with large flat file data. 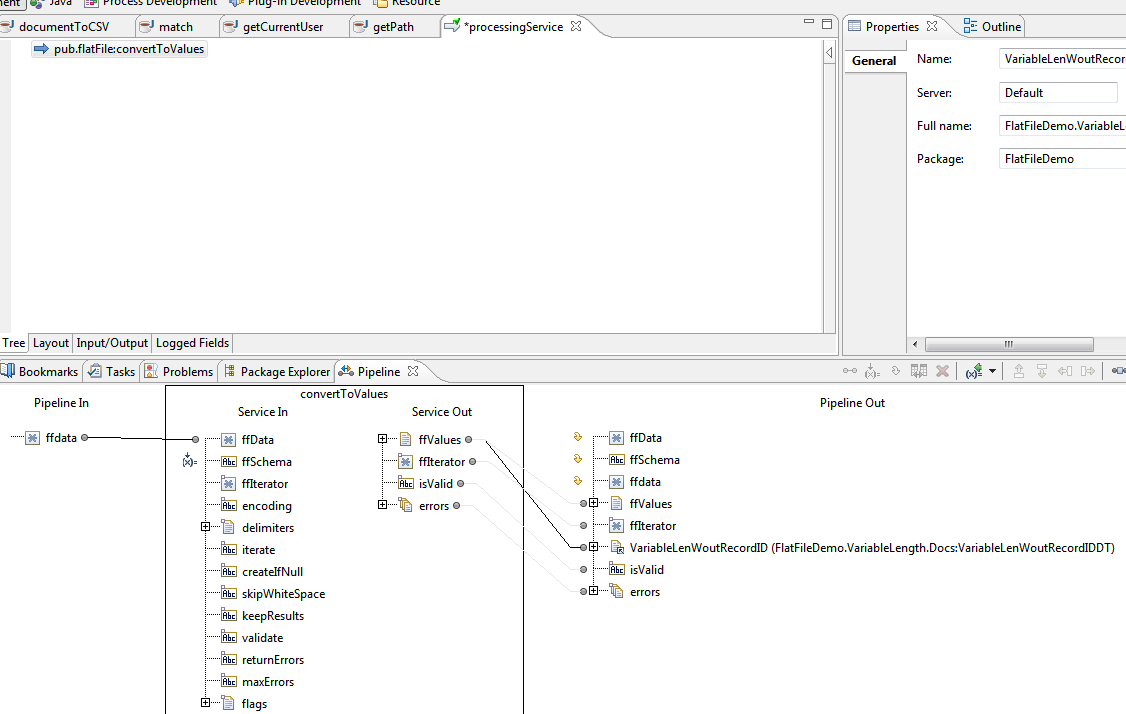 Prev Next
About the Author

How Can We Help You?

Get in touch with us to let us review and understand your needs and offer the best suited service advice at the earliest!
Contact Us
"The developer did not just assist me in solving my issue but also helped me learn the problem. The solutions are effective and time-saving. Now, I can solve these concerns on my own."

Not sure what course is right for you?

Choose the right course for you.
Get the help of our experts and find a course that best suits your needs.